Spirit Hill Farm has undergone a complete transformation since it’s purchase in 2002. The bones were great but the existing farmhouse was weathered and ready for some upgrades. The main house was completely re-worked, walls were opened up, windows and doors were fitted to take advantage of the lovely vistas, and new fixtures and finishes were added throughout.

In addition to the main house, the property had an outbuilding, which likely served as the original barn when the property was built back in 1909. Over the years the building was subjected to several disjointed renovations and additions. In 2005, it was taken down to the studs and transformed into the beautiful guesthouse it is today.

The whole property has been thoughtfully designed to create “experiences” wherever you go. From the views framed by smartly-placed windows . . . to paths that lead you from building to building and space to space . . . to the plantings that offer distinct scents and sensations as you pass by them. The atmosphere at Spirit Hill Farm manifests itself in surprising and unexpected ways. 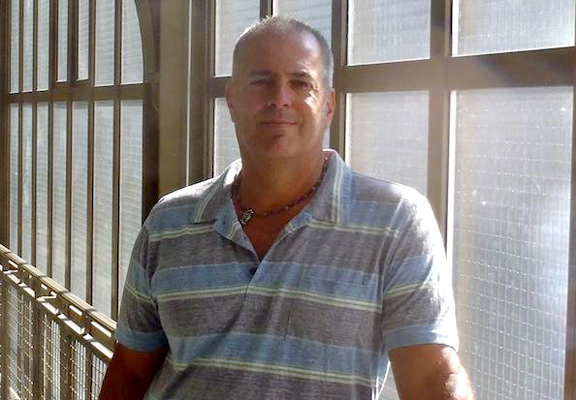 The inspiration and driving force behind the renovation is a man named Niko Preovolos. Niko is a Northern California native who grew up in Marin where he was first introduced to the discipline of Architecture. His undergraduate studies took him to UCLA, followed by a successful career as an Art Director in the film industry where he spent 15 years designing sets for movies and television.

In 1998 Niko opened Dwellingpoint Design as a boutique architectural design firm specializing in residential design. He now splits his time between his practice in Sonoma County and his new home in Maui, where he recently opened a second office to serve clients on Hawaii’s islands.

We asked Niko to take us back to the moment he first spied Spirit Hill Farms and share his memories . . .

“I was so taken by the property I didn’t really think much about the condition of the house. It needed a new well and a new septic system. And the blackberry patch needed to be cut back. But I didn’t care; I felt like the property was just waiting for someone to breathe new life into it. Turns out, I was that someone.”