I’m not sure whose idea it was but the decision to plan a group activity that all eight of us could do together was, in retrospect, a dumb one. Apparently it wasn’t enough to eat and drink and lay about as a group. No, we needed to DO something together. And no, Cards Against Humanity doesn’t count.

That was how we found ourselves at West County Cycle Service on this fine Saturday morning — Lorna & David, Cyndi & Lars, Carol & Jon, and Melanie & me. The plan was to rent some bikes, pedal through the countryside, enjoy a leisurely lunch, and pedal home. Nothing epic, just a 3-hour cruise, a social ride. 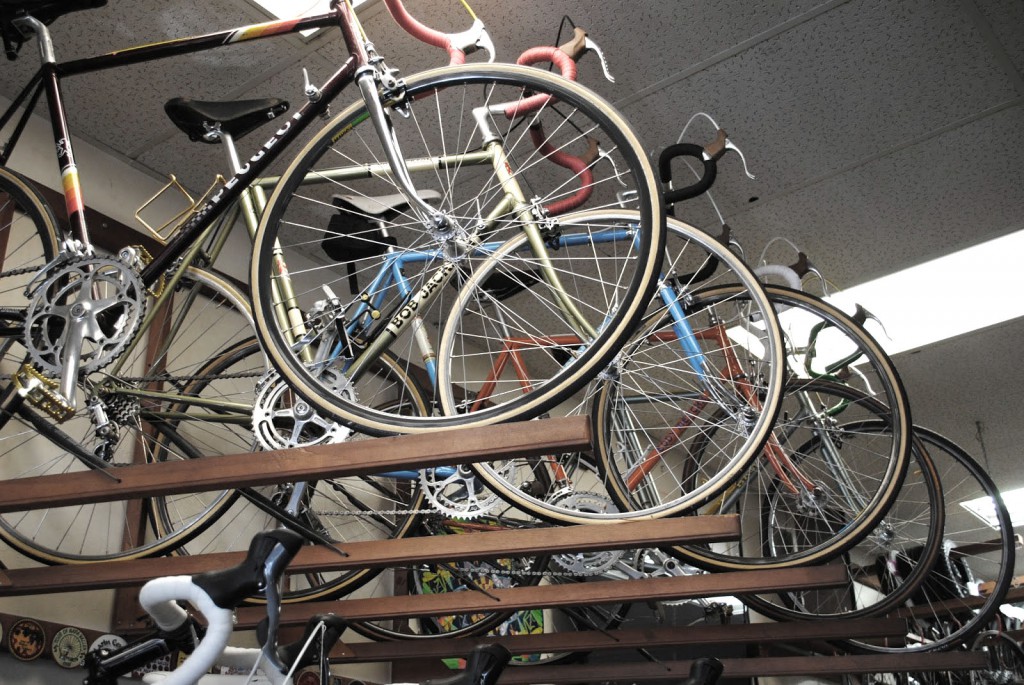 Five of us needed to rent bikes. David, a “roadie,” had brought his own, as did Jon, a triathlete, and me, a mountain biker. Getting everyone else outfitted was like herding cats but finally we hit the trail. The trail being West County Trail, which runs between Sebastopol, about 10 minutes from Spirit Hill Farm, to Forestville, 5-1/2 miles north. The path is flat, paved and mellow — perfect for weekend warriors.

We picked up the trail near the local high school. After zigging and zagging for a mile, it runs alongside the Gravenstein Highway, where it passes through vineyards and farmlands. So far so good. At Mile 2, we turned left onto Occidental Road. Here’s where it got interesting. 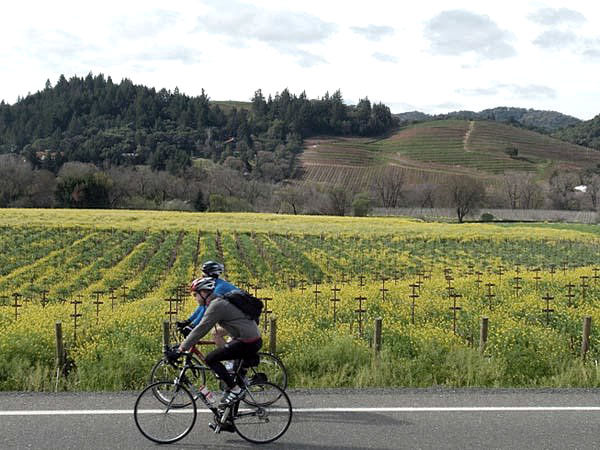 Cyndi, chic though she may be, is the kind of urban cyclist who blithely pedals through town expecting the rest of the world to yield to her. You know the type: handbag draped over the handlebars, yakking on her mobile phone, scarf blowing in the wind. She rides like Mr. Magoo, oblivious to stop signs and busy intersections, emerging on the other side unscathed and just as unaware as she was when she entered. Twice she did that. Which naturally freaked out the other girls. 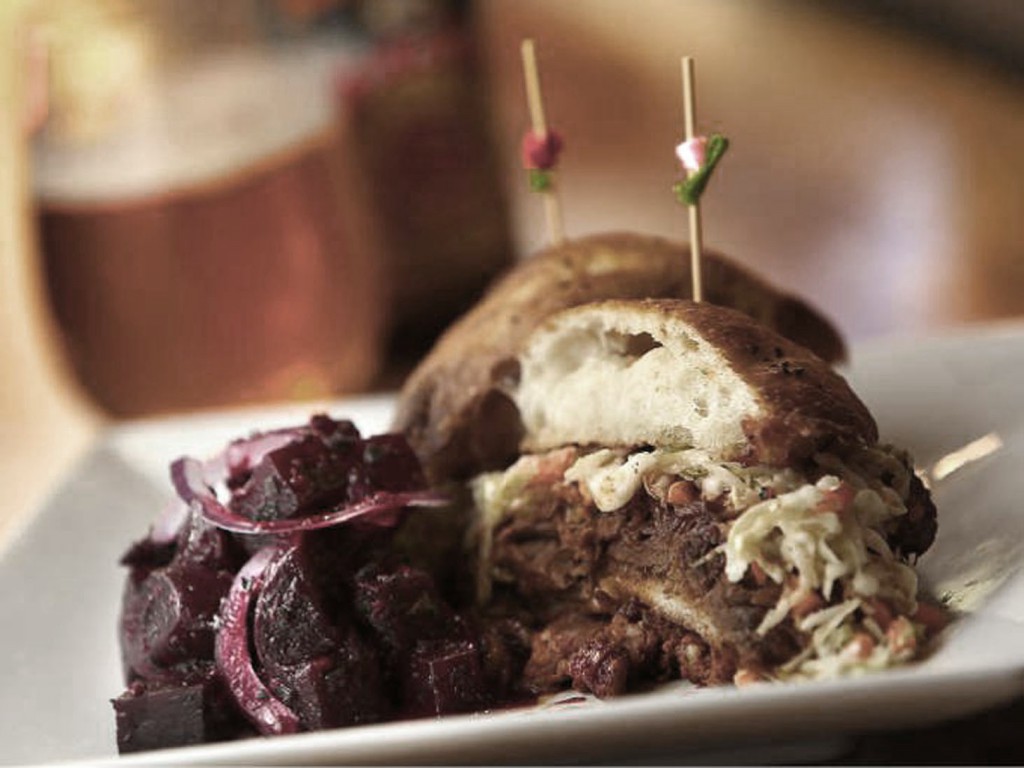 This and other harrowing tales of adolescent bike calamities were all we talked about at lunch. (Twist in Forestville, by the way, is excellent. I had the pulled pork.) A glass or two of Merry Edwards and the girls screwed on their courage for the ride back.

Once we were back in town the guys peeled off to ride the Joe Rodota Trail to Santa Rosa. From Sebastopol the view changes from open spaces with lots of oaks and plum to subdivisions and light industrial warehouses, with fences and underpasses and busy intersections and traffic. We had our heads down so no one really noticed. At one point we found ourselves on the Santa Rosa Creek Trail and, being guys, didn’t bother to stop and figure out where it was taking us. Happily, it went west, dumping us onto Guerneville Road. Another 5 miles and we were back in Sebastopol, where Hopmonk appeared like a mirage. Can you say Dunkelweizen?